Stretch film is the key to effective palletizing. But how do you choose the right film? Check out our Stretch Film 101 “course” to learn the basics for a better understanding of the options available to you.

Stretch film is essential for grouping, palletizing, handling and shipping your products. It stretches to fit the contours of the products requiring wrapping while maintaining the integrity of the overall load and making it possible to handle a wide variety of items.

In short, stretch film is the key to effective palletizing.

But how do you decide which film best meets your needs?

The following is a “level 101 course” on stretch film. It’s what you need to know about stretch film so you can understand the options offered to you by the CARTIER product specialists.

A number of myths continue to circulate concerning the advantages and disadvantages of the various stretch film manufacturing processes. It is important to remember that significant advances have been made to both the cast and blown film manufacturing processes in recent years and that both types of film serve a valuable purpose. The decision as to which film is best for you should be based on your specific requirements.

Products to be wrapped

It’s important to take into account the products to be wrapped since pallet characteristics (weight, length, width and height) play a crucial role in the choice of stretch film.

It’s also important to take product sturdiness into consideration, particularly if the goods are easily crushed or deformed. In general, a high-performance film helps to maintain pallet stability.

Pallet type is another criterion to consider when choosing the film that best meets your needs.

In the following diagram, load “A” represents products stacked very uniformly, while load “B” has protrusions of up to 3 inches. Finally, load “C” has protrusions measuring more than 3 inches and consequently requires a stronger stretch film offering greater containment force.

Pallet storage and appplication conditions can have major impact on your choice of stretch film. For example, it’s very important to know whether a pallet will be exposed to extremes of cold or heat, high humidity or the outdoors.

Stretch films do not all offer identical resistance to various environmental conditions.

Will the pallet be shipped by boat or by truck? If the pallet will be transported by sea, then it has to be more impact-resistant and consequently requires a stronger stretch film.

We also offer a pallet optimization service through which we review your pallet wrapping process with a focus on stretch film application.

With our ISTA-certified testing laboratory, we’re equipped to recreate your actual shipping and handling environment.

Many types of film are available for manual application. The roll height varies widely, while the film gauge generally ranges between 40 and 90. The rolls are lighter for ease of handling by the operator. When applying standard film, the operator has to apply tension to pre-stretch the film by 15% to 25%. When using pre-stretch film, instead of applying the film while walking backwards to create tension, the operator can walk forwards in order to navigate around the load more safely.

When film is applied using a wrapping machine, the rolls are larger, typically having a height of 20”–30” and a gauge of 35 to 120. The film is pre-stretched via the machine’s carriage system immediately before application. Using the right film and a latest-generation wrapping machine, the film can be pre-stretched by as much as 400%. Less efficient machines have a lower pre-stretch capacity, generally less than 190%.

Stretch film thickness is another important attribute to consider when choosing a film. You should take the following factors into account:

The thinner the film…

The thicker the film…

Specialized films are available to meet requirements beyond protecting products or holding them in place. Some films offer additional characteristics for purposes of identifying or tracking goods or securing them from potential theft:

A film for every need

As you can see, there are a wide variety of stretch films on the market. To choose the right film, it’s important to explain your requirements clearly to the CARTIER product specialist guiding your decision.

At CARTIER, we’ve been working with the intricate properties of stretch film for more than 35 years. As industry experts, we stay abreast of the latest developments in film design. This is how we’ve earned our reputation as a supplier of choice in our market.

Contact us to discuss your needs. We’ll help you make the right choices!

Stay one step ahead

Once a month, get our best advice and remain on top of market news and trends. 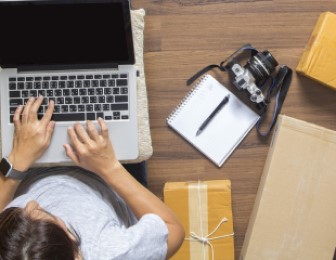 Packaging trends to watch for in 2021

By observing the trends of the last six months, talking with manufacturing partners and analyzing some studies on the field, we offer you 4 trends to watch in packaging for 2021. 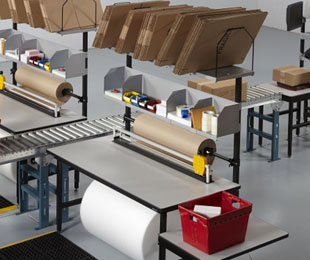 PACKAGING: VALUE ADDED TO YOUR SHIPMENTS

Optimization and responsiveness are clearly CARTIER’s strengths, and we’ve taken advantage of our operational agility to meet these new needs. The outcome: turnkey solutions to assist businesses in keeping up with shipping requirements while staying one step ahead of their competitors. 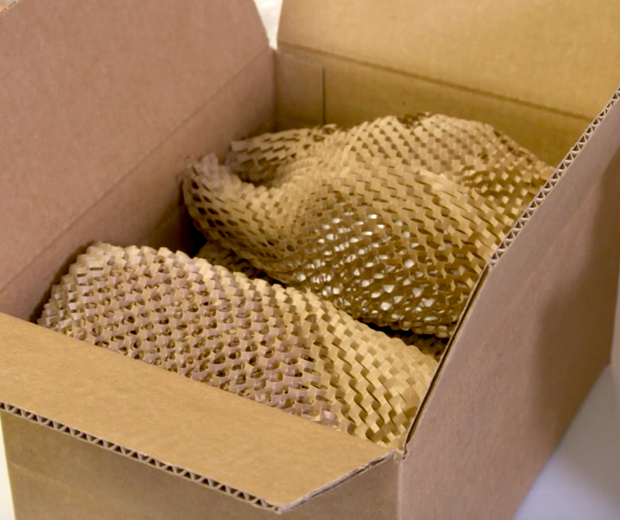 HexcelWrap: A durable solution for protecting your parcels

Our product line-up now features the latest eco-innovation: HexcelWrap, made from easily recyclable and 100% biodegradable materials. This next-generation protective pack material is the perfect substitute for bubble wrap and foam.